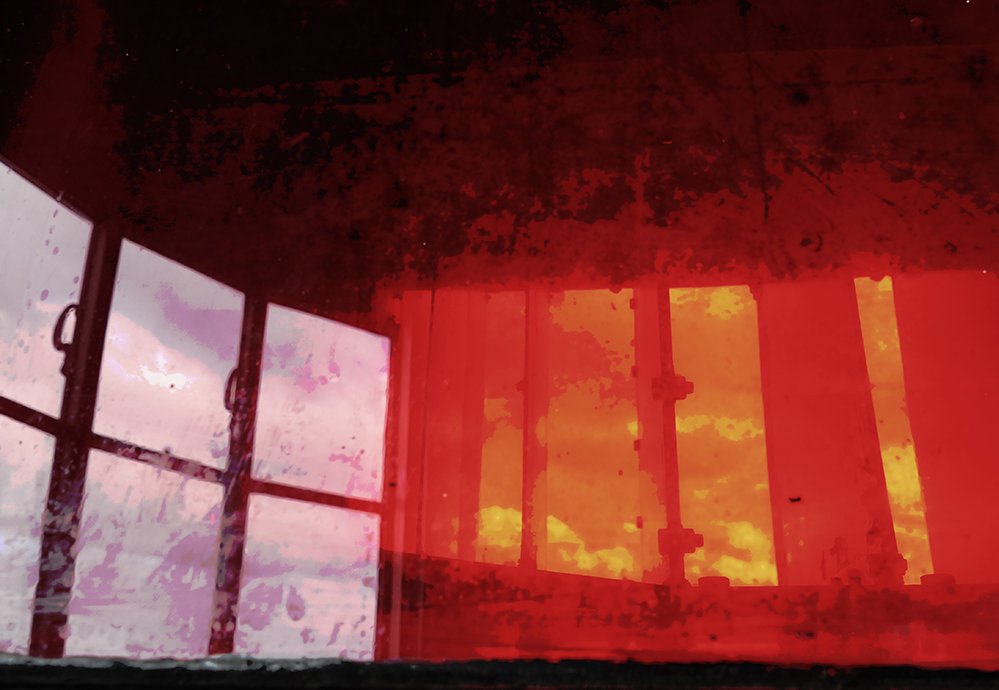 I saw the white tower of the Covesea Lighthouse stand high against a grey sky. I slowly walked towards the tower and listen to the blustery wind and the sound of crashing waves. Each gust seems to cry freedom in a chorus of light rain. I had a pre-arranged visit to the lighthouse and I needed to pick up my pace as I hate being late.

I met a tour guide and a small group of visitors at the foot of the lighthouse. We were given a brief introduction to the lighthouse’s history. So, I now know that the Stevenson-designed lighthouse has protected ships from the skerries since 1846. The original light was a paraffin-vapour lamp and then replaced by carbon-arc bulbs, run by generators in 1964. I was surprised to find out that the connection to mains electricity and water did not happen until 1973! The lighthouse keeper’s daily routine would have been hard work! However, in 1984, the lighthouse was fully automated, and eventually, it was no longer needed. The light finally switched off in 2012.

I was very keen to climb the 144 steps and the ladders to reach the top. We slowly made our way up the stairs. As the guide mentioned how the lighthouse keeper would climb these steps every 4 hours to maintain the paraffin lamp. At that moment, I imagined the sound of the wind howling on an endless winter’s night and the lighthouse keeper continuously climbing up and down. Would the temperature get colder with each step? Could he see his breath in the frosty air as he reached the top? Yet, once he completed his duties, he would climb the ladders and steps, only to repeat the process till dawn.

At the top of the lighthouse, I was enchanted by the views as I could see how far I had walked along the Moray Coast. Yet, as I listened to the tour guide’s story of St Gerardine, who carried flame-lit torches to warn ships at night. My attention moved to the frame where the Fresnel lens once shone; most importantly, a design of glass, mirrors, and light that made a small flame visible as far away as 20 nautical miles.

You can arrange a visit to the lighthouse by visiting covesealighthouse.co.uk