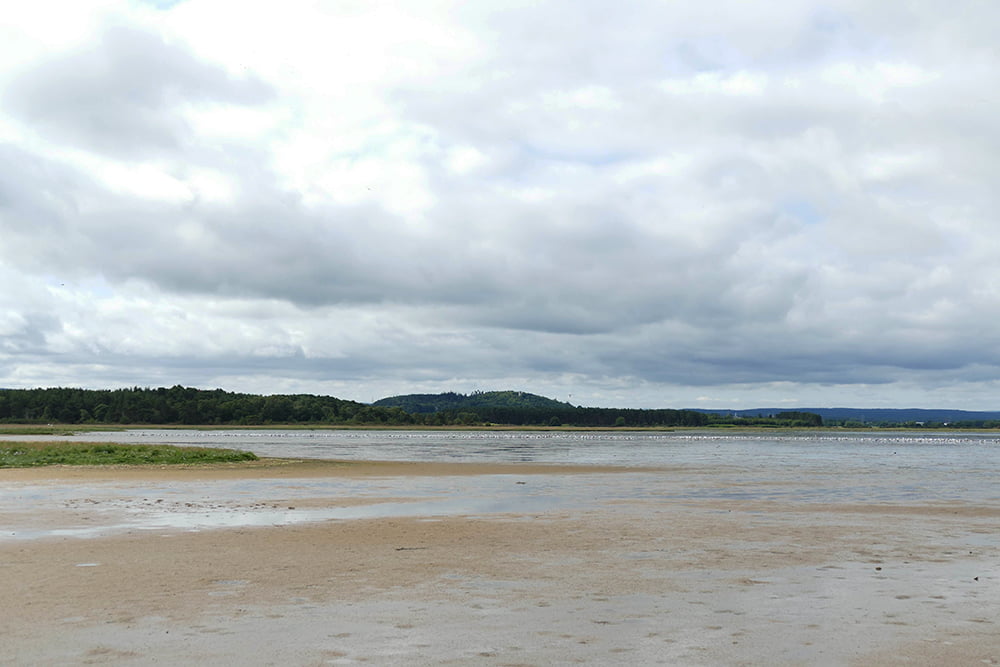 My next stop along the Moray Coast was the sheltered estuary of Findhorn Bay. I seemed to be the only person walking along the bay, and I thought it was a peaceful place to stop. Yet, the longer I sat and listened, the noisier it got. The distant sound of the sea and the wind in the faraway trees hissed across the bay. Then, as if the sound was riding on the breeze, I could hear the clanging of metal on a construction site miles away. The birds called out in every direction, and bees buzzed above my head. I caught the sound of a haunting cry. Was this the sound of a seal or possibly a wild banshee following my trail? Sir Walter Scott described the Banshee or Banshie in his book called Letters on Demonology and Witchcraft.

“The functions of this attendant genius, whose form and appearance differed in different cases, were not limited to announcing the dissolution of those whose days were numbered. The Highlanders contrived to exact from them other points of service, sometimes as warding off dangers of battle; at others, as guarding and protecting the infant heir through the dangers of childhood; and sometimes as condescending to interfere even in the sports of the chieftain, and point out the fittest move to be made at chess, or the best card to be played at any other game.”

With Banshee’s on my mind and no planned card games or pending battles, I decided it was time to leave. You can hear a short recording of the sound by clicking the link below.