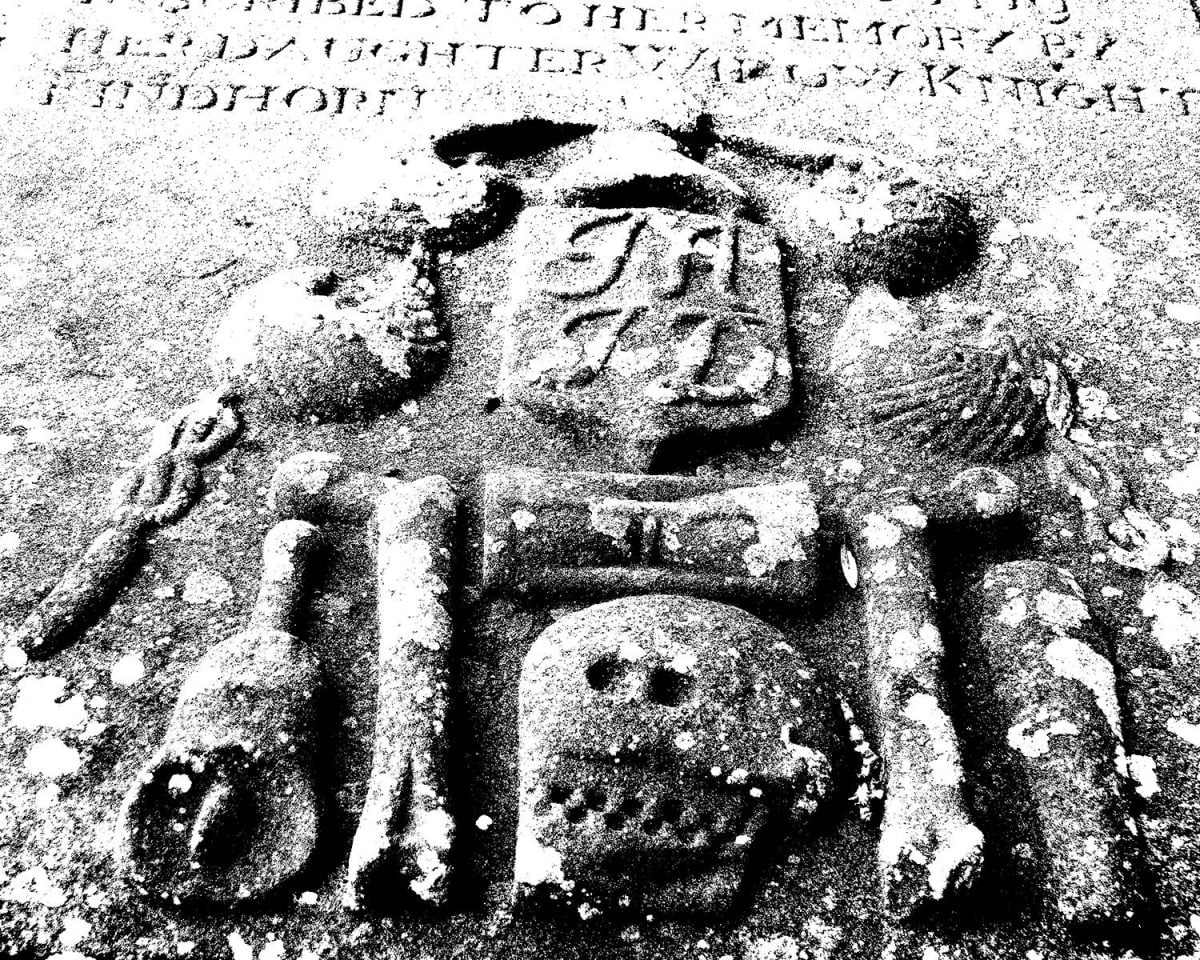 Walking towards Findhorn, I saw a sign for Kinloss Abbey and wondered, did it have a graveyard? Curiously, I headed in that direction. Within the Abbey grounds was an information board discussing the history and architectural design. It revealed its story of a place founded in 1150 by King David I and colonised by Cistercian monks from Melrose Abbey.

I quietly drifted in between the gravestones and the stories they evoked, only to return to the reality of an open sarcophagus carved in stone. As this was a stark reminder about the bodies that decayed beneath my feet.

Many of the graves had well preserved carvings and this highlighted the quality of Moray’s quarried stone. I found many graves of sea merchants, sailors, and even a sailmaker. Yet, one gravestone stuck in my mind and it was the Adam’s family flagstone grave. It was erected in the a memory of a daughter who was the widow of a Findhorn Knight! Who was this knight? Was he a member of the elusive Scottish Templar Knights? Or was he a knighted landowner? Later in the day, I asked a retired fisherman if he knew anything about a Findhorn Knight. He gazed at the sea, laughed and said, “I… a good night can be had in Findhorn”.