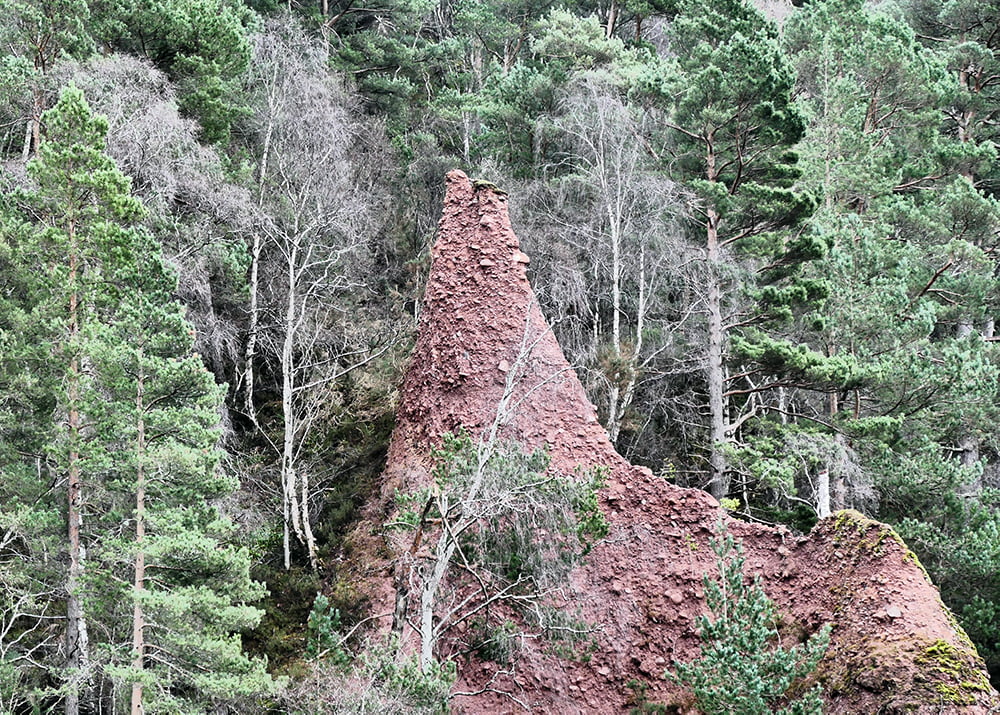 Our walk began at Inchberry (Orton), and I had a friend’s company who kindly offered to be my guide. (Thank you!) This walk is a slight detour from the Moray Way, but I was curious to see the River Spey from the other side. It was bitterly cold as we walked past glamping pods at Firwood Lodge. It had snowed early that morning yet, it had not laid. There had been a recent storm here, and the landscape looked a little ruffled with many broken branches on trees. As we wandered, our steps were carefully watched by deer in the fields. The valley’s atmosphere felt calm but eerily quiet. The air was fresh, damp, and chilly. I was glad not to be walking alone, as the strangeness was haunting.

We follow the road, past a traditional-style house called St Mary’s. It overlooks a pond that is, for the moment, dark and dormant. As we walk past, I imagine a heron sitting at the pond’s edge watching slow immerging Water Lillies.

In winter I yearn for things lost but spring I’m always hopeful….

My friend cheerfully broke the silence with a story about pilgrims who walked barefoot to St Mary’s Well, also known as the Well of Grace or the Well of Spey. According to folklore, the healing waters of St Mary’s were believed to be a cure for the sickness of the eyes and joints and whooping cough.1 However, this Celtic tradition was disapproved of by the elders at Elgin. In 1584, they acted against the pilgrims, and some were even imprisoned for walking to and using the well for health reasons.2

Slowly, we followed a path towards a wood, crossed a burn, and continued on a track until we reached the grassy bank of the River Spey. On the other side of the riverbank, you could see the mixed woodland at Ordiequish. Unexpectedly, in amongst the trees, I saw the reason for today’s walk; a strange geological feature of red sandstone created by glaciers and rainfall erosion.

“A mass of softer material capped by a harder rock which shields the underlying portions from the effects of denudation, though all the surrounding material may have gone. If rain is the chief agent of removal the block acts as an umbrella, and the pillar widens out toward the base all round. If a stream does most of the work it will eat more and more into the pillar, which will therefore narrow down towards the base. They are commonest in boulder clay.”3

This geological wonder found along the River Spey is called by different names around the World,